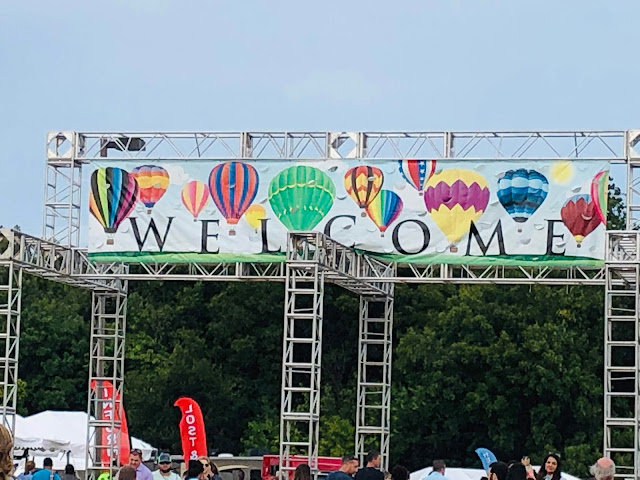 Our next fall festival was the Plano Balloon Festival which has been a favorite of ours for years. Unfortunately, we so often don't make it out for one reason or another - mostly rain it seems. At least the last two years it was totally rained out. The area where it is held is a flood zone. But it is among the first of the fall festivals we try to take in each year. It's sort of an unofficial kickoff of the fall festival season for us if we don't make the Little Elm Autumn Fest which usually comes earlier.

This year it looked iffy until the last few hours before it was to open. We had a quick-developing Tropical Depression Imelda that really affected Houston and headed our way. Fortunately, for us, it moved more east and Dallas wasn't affected...by rain. Winds, however, remained high and as a result, there was no lift off of the balloons. Not only that, but there was no inflating of them at all, even at ground level, which meant that the Balloon Glow was canceled. We were disappointed. It's a delicate thing having a balloon festival here it seems.

Since we travel to Albuquerque, New Mexico, every year we tend to follow events there. They have a big International Balloon Fiesta and it seems not to be so plagued by weather. It has made us wonder if maybe this isn't a good place for one after all; but this was it's 40th year so something must work. (Toby and I observed that we've hit so many organization anniversaries this year - it was the 100th anniversary for both the Grand Canyon and Zion National Parks becoming national parks; the 40th anniversary of the Plano Balloon Festival; and I think there was one or two others that I can't recall at the moment.)

That said, the organizers did their very utmost to make the best of the situation and we still had a great time. It turned out to be a beautiful night and not too hot. 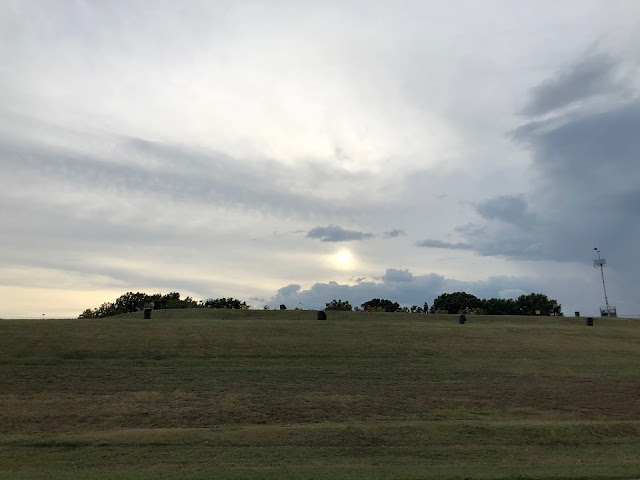 Before it was dark, we looked around at the offerings, food and otherwise. 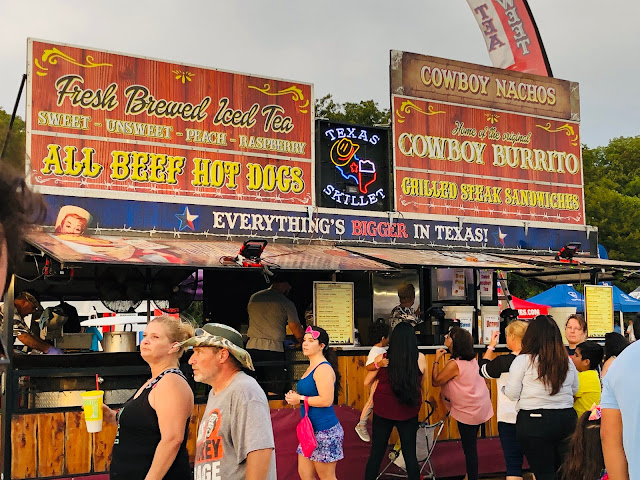 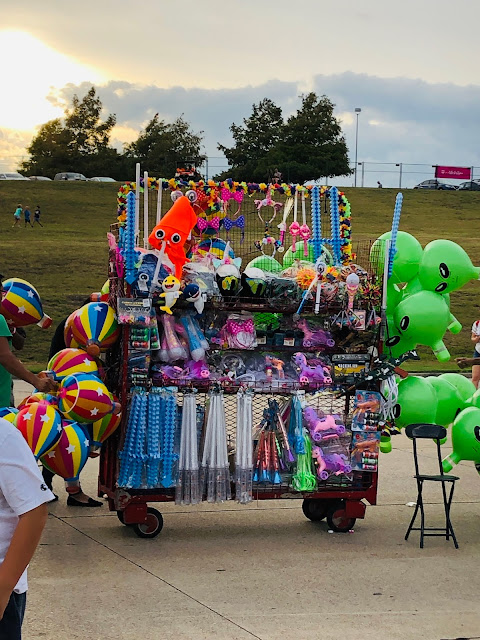 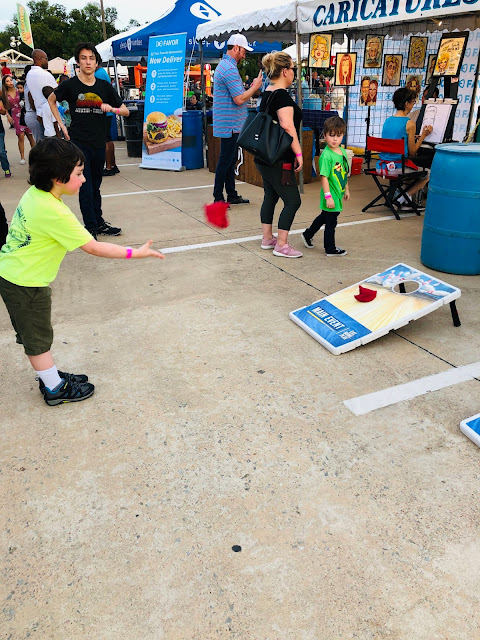 Along the way, I noticed a lady painting outside. It struck me as a very John Muir thing to do. I stopped and chatted with her a while. Her name is Nancy. 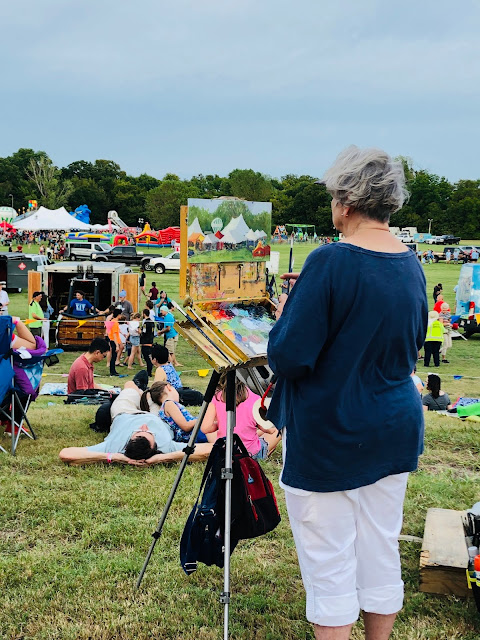 It was well-attended and many were out enjoying themselves. 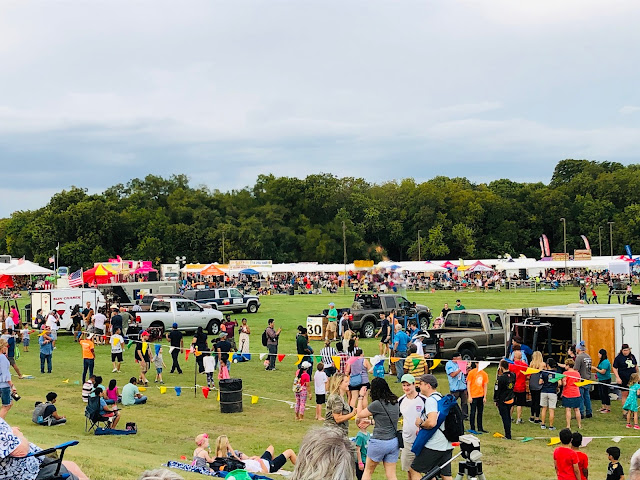 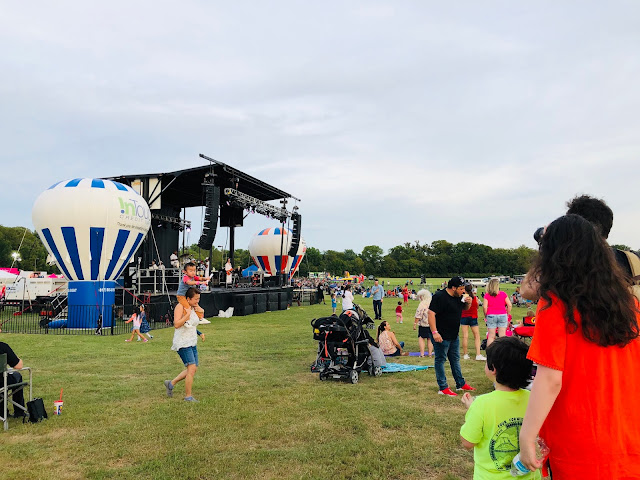 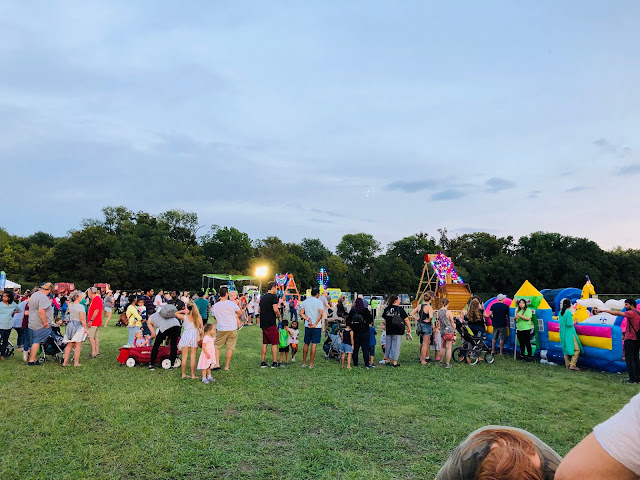 We continued walking around a bit waiting for it to get dark. Anthony just had to play in a bounce house. That was....complicated and I took one for the team while Toby went and began photographing the band. Anthony was happy. 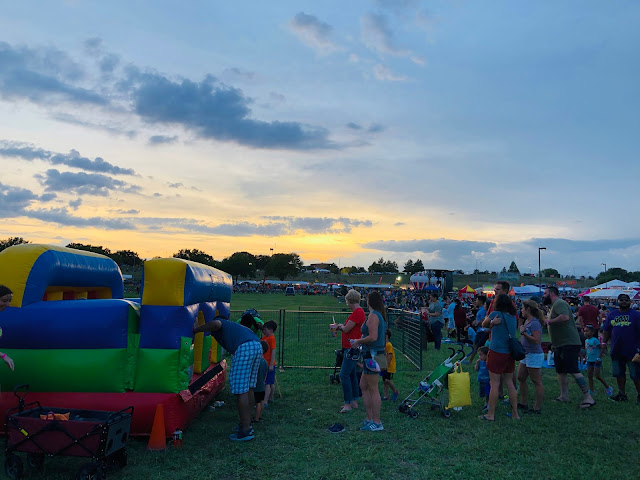 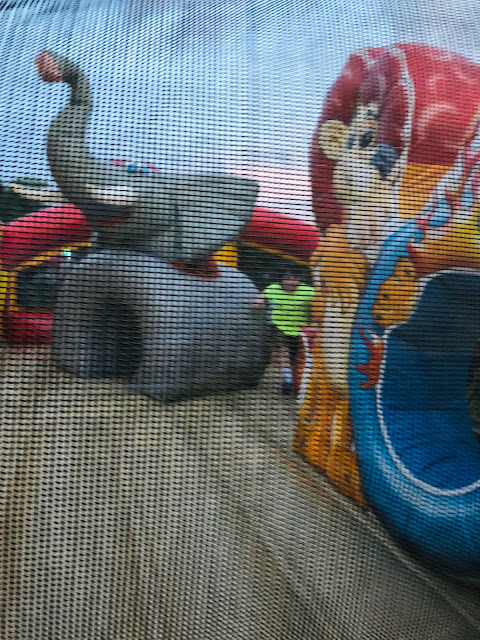 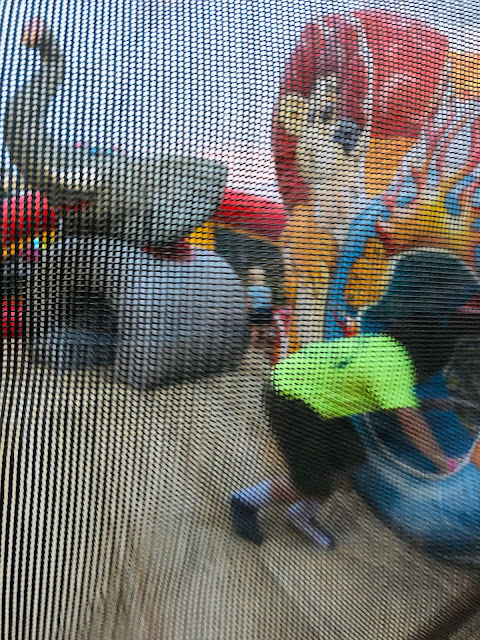 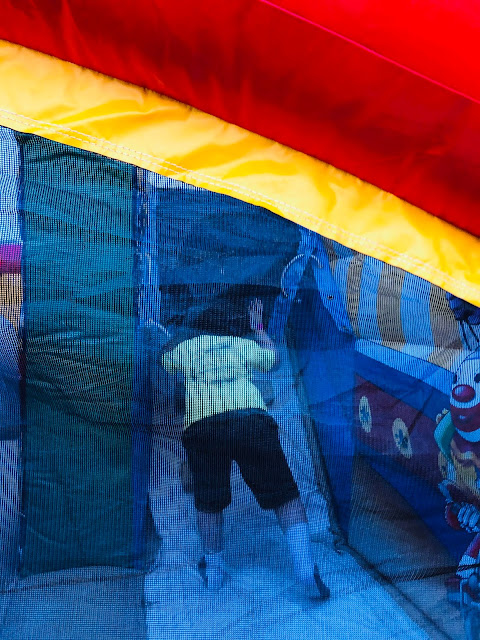 Finally, it was getting dark and the bounce house itch was scratched, so Anthony, Augie, and I rejoined Lucy and Toby who were already watching the band. 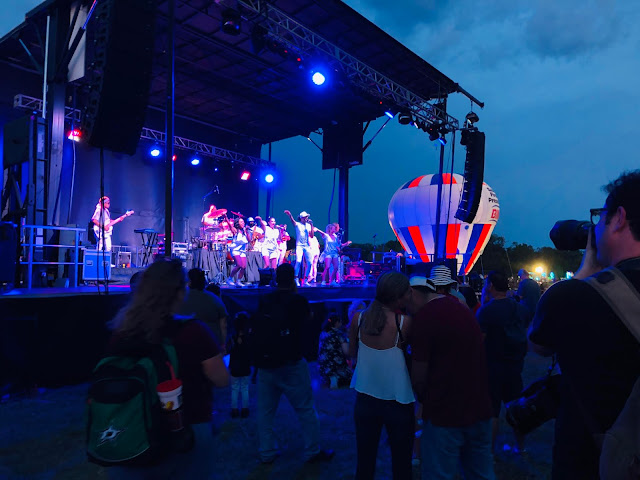 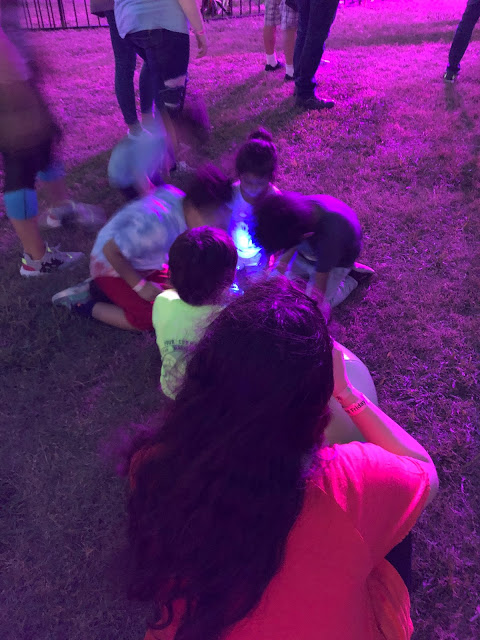 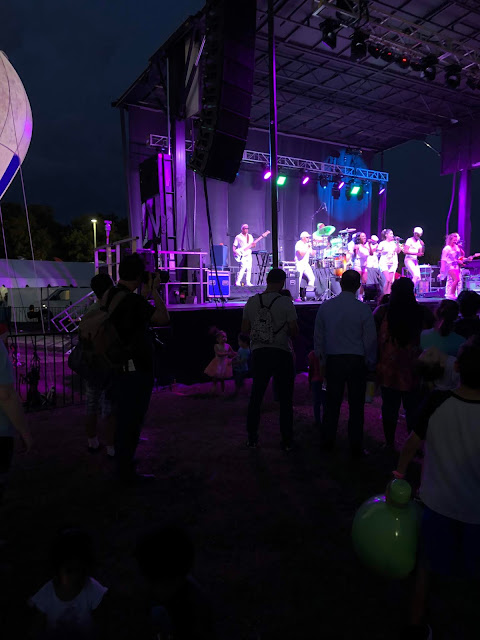 Toby posted some great pics of the cover band, Downtown Fever, which put on a great show! We've really become fans of cover bands in the last few months. I took a few video clips.

Here, they sing September, which Toby and I enjoyed by another cover band when we were in Pasadena:

This was a fun one:

Lots of brass in this one:

Bring out the Bon Jovi and everyone was singing - even the cops:

Normally, there would be a lighting of the balloons - the Balloon Glow - but since it was too windy, they had what they called a Candlestick lighting. Just the flames were showing. 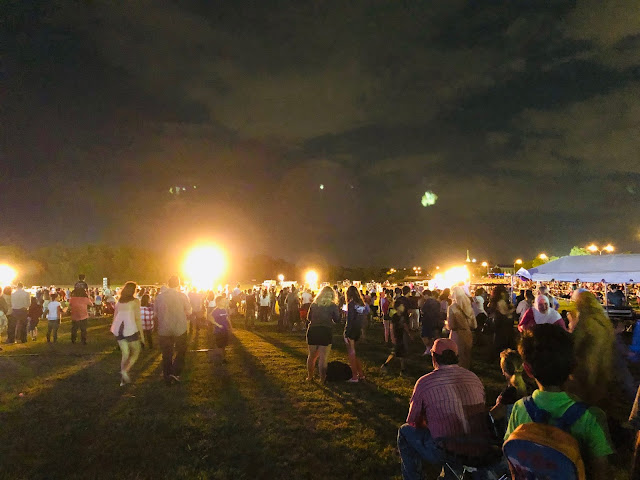 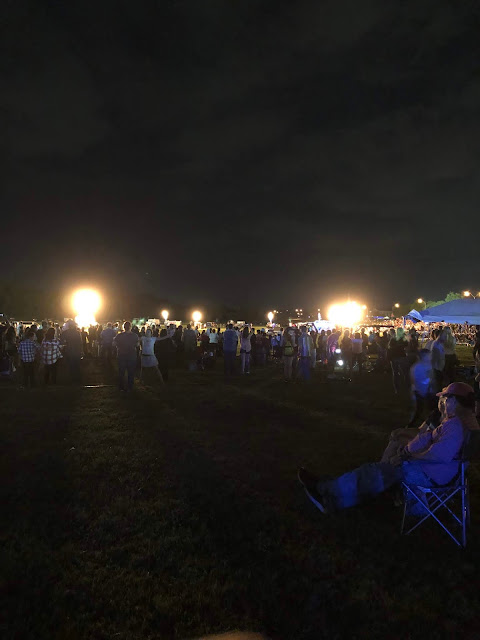 After more music from Downtown Fever, there was the fireworks show which did not disappoint. 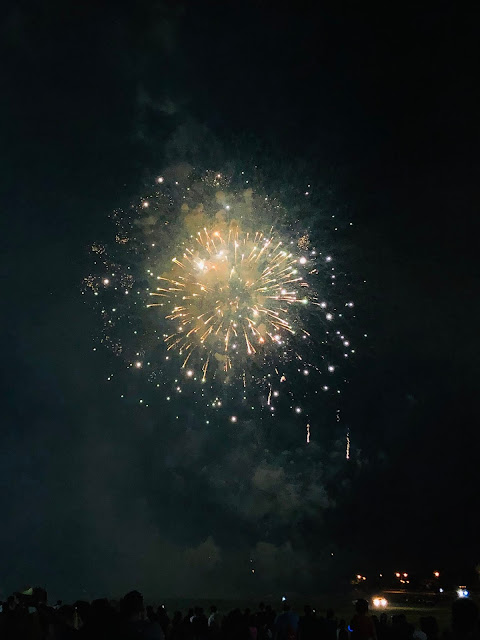 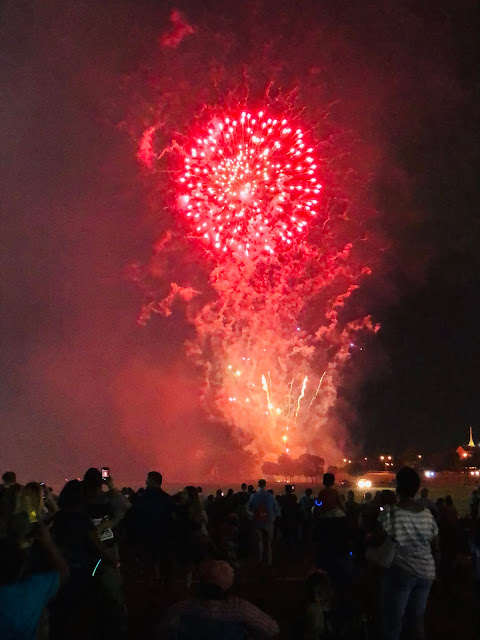 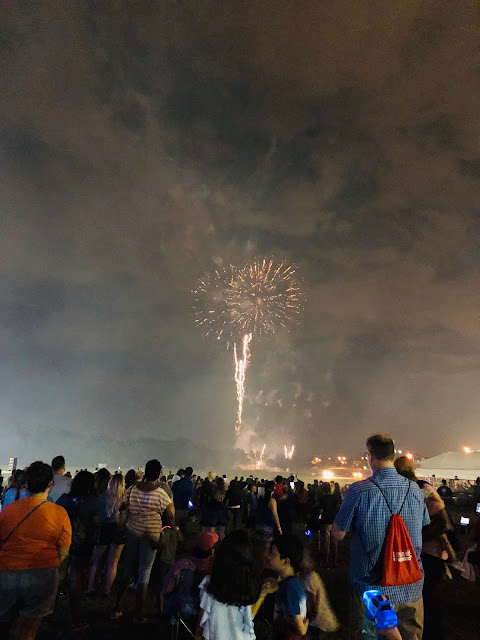 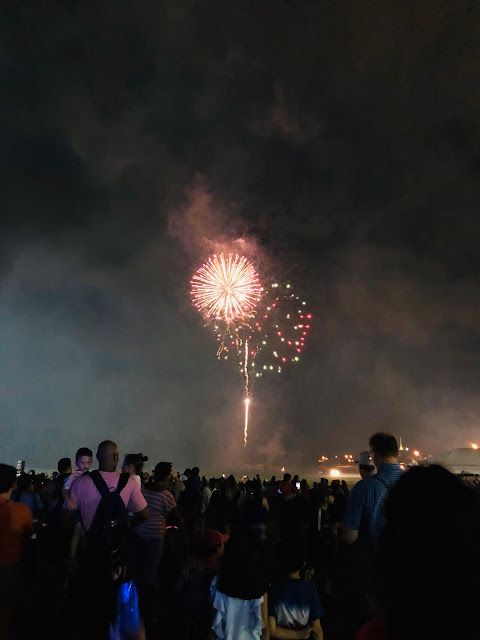 And after that we headed home fairly smoothly considering the traffic we normally encounter. We also thought going on a Friday night was preferable to Saturday. I think there were fewer people due to football games. We made a mental note to try to attend on Fridays from now on.

So our second big event of the fall was a success - and there was still more to come! 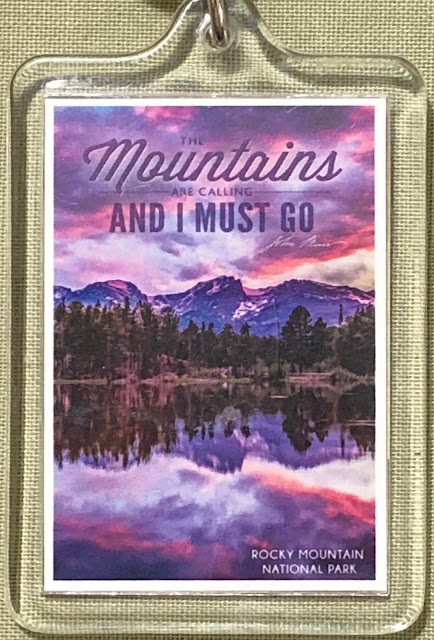 Another Reason Why Orthodoxy Is Where I'm Supposed to Be